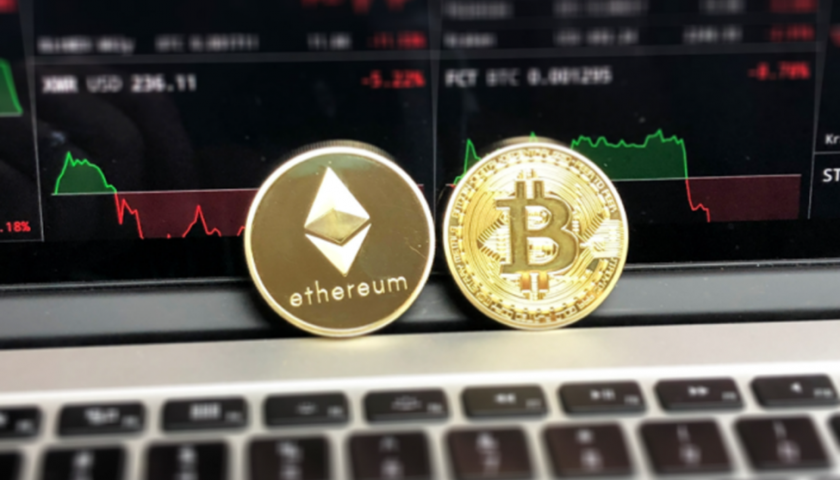 In this roundup, we cover China’s market-rattling resistance to Bitcoin, the increasing drumbeat toward crypto regulation, the rise of crypto kiosks, Mark Cuban’s stable token experiment gone awry, and more.

Forbes reported that China wants to stop all digital currency transactions, attempting to block payments for all clients who purchase cryptocurrency. As recently as 2017, China was responsible for as much as 90% of the global cryptocurrency trading before stepping up this strict regulation. They will no longer be opening accounts for digital asset services. The PBOC released statements expressing their concern about the risks and disruption that they believe DeFi catalyzes.

“Cryptocurrency transactions and speculative activities have disrupted the normal economic and financial order,” the PBOC said in a statement. “They increase the risks of crimes such as illegal cross-border transfers of assets and money laundering, which severely infringe upon the property safety of the general public.”

Ether, Dogecoin, and Bitcoin took a dive after the PBOC released these statements. Coin Metrics reported that Bitcoin fell 11% to $28,911, its lowest in two weeks.

Bitcoin Is Following a “Death Cross” Pattern. What Does It Mean?

Forbes also reported that Bitcoin’s 50-day moving average has fallen below the 200-day moving average. Experts call it the “death cross” pattern, and Coinbase co-founder Fred Ehrsam has made bold comments in response to the recent drop in the value of crypto assets.

According to Investopedia, a moving average is a calculation designed to create a constantly updated average price on a stock. The analysis mitigates the impacts of short-term fluctuations over a specific period. Ehrsam stated that “there’ll be millions and millions of cryptocurrencies and crypto-assets, just like there were millions and millions of websites. Most of them won’t work.”

But Ehrsam compared opportunities in the crypto space to options available early on in the internet’s inception. People will launch many different ventures (in this case, coins). Many of them will fail, but the underlying technology (the blockchain) is precious and powerful as a reimagining of finance and technology as we know it.

The Consumer Safety Technology Act is a Bipartisan bill that pushes the Secretary of Commerce and the FTC to study blockchain and digital asset storage on a much more granular level than ever before.

The Blockchain Innovation Act and the Digital Taxonomy Act are two titles within the bill that aim to uncover “unfair or deceptive acts or practices in transactions relating to digital tokens.”

Cyberattacks such as Colonial Pipeline may have accelerated this shift in regulation, as Cointelegraph reported that “the bill passed the 117th Congress within a week of its introduction, with a resounding 325 votes in favor of, and 103 votes against.”

It remains to be seen how this bill will affect consumer protections with digital assets in the long term.

Business Insider rounded up some data to provide visibility into Ethereum’s record slide from last week:

● Bitcoin saw outflows of $10 million, while trading activity increased by 43%

Ethereum products have been a go-to for investors amid Bitcoin’s dive as of late. But Coin Shares, the digital asset investment firm that supplied the data, remarked that investor’s opinions are in flux about Ethereum versus Bitcoin.

“Ethereum has been the stalwart relative to bitcoin over recent months but inflows over the course of last week were mixed, implying mixed opinions amongst investors.”

Also, this week, Elon Musk tweeted about the possibility of Tesla accepting Bitcoin again, which helped the coin gain some additional ground.

According to Decrypt, Mark Cuban was an investor in Titan. This stablecoin recently lost nearly all of its value due to the first “bank run” in the history of digital currencies.

The appeal of stablecoins is that they use various means to achieve less volatility than cryptocurrencies that aren’t backed by fiat currencies. For example, some stablecoins, like Tether, are supported by the US dollar. In contrast, strategic assets like Gold and oil support others. In Cuban’s case, he stressed that he wants more regulation around stablecoins, as digital currencies don’t have the consumer protections in place that banks do.

NFT “Dreaming at Dusk” by IX Shells Sells for $2 Million

Forbes reported that Itzel Yard (aka IX Shells), a rising female Afro-Caribbean digital artist, recently sold her piece “Dreaming at Dusk” for $2 million on Foundation, a digital art marketplace. She created Dreaming at Dusk for the 15th anniversary of the Tor Project, an internet browser with a mission “to advance human rights and freedoms by creating and deploying free and open-source anonymity and privacy technologies, supporting their unrestricted availability and use, and furthering their scientific and popular understanding.” PleasrDao, an art collector passionate about cybersecurity, purchased the piece in May for $2,019,820 (500 ETH).

Coin Cloud provides cryptocurrency ATMs to buy digital assets in 43 US states. According to Coindesk, the company will soon reach 2,000 installations, up from 1,250 in December 2020. Traditional payment methods like cash, debit, and credit can all be used with Coin Cloud’s machines. The company is based in Las Vegas and allows customers to purchase and sell over 30 different coins. In addition, Crypto kiosks offer a physical location to buy and sell digital currency. Reuters reported a near 45% increase in the market growth of these ATMs back in March and that they can also benefit people who don’t have bank accounts or want to send foreign transactions.

Intertrust Survey: Hedge Funds May Hold over $300 Billion in Crypto Assets in the Next Five Years

Buyers are not afraid of the recent swings Bitcoin is experiencing, according to Business Insider. The Intertrust survey interviewed 100 hedge fund CFOs worldwide. Two exciting stats emerged from the poll: 7.2% of hedge fund assets under management may be in digital asset holdings by 2026, and North American hedge funds, in particular, could manage an even higher amount: up to 11.2% of their assets. Anthony Scaramucci, founder and managing partner of hedge fund Skybridge Capital, said recently that DeFi “has offloaded a lot of systemic risk that people have been worried about” as crypto assets have seen $1 trillion taken out of the market. He explained that if traditional banks have a $1 trillion collapse, they need massive support from the Federal Reserve. In contrast, those same losses in digital assets have not crippled any institutions in the same way.

While crypto investors are still reeling from ongoing volatility, this week’s news cycle doled out plenty of reasons to feel both bullish and bearish on the state of the market. Crypto remains a space of rapid growth, but anyway you slice it, still not for the faint of heart.

You must have at least 10 approved replies before you will be able to post a New Topic in the Forum.
Any submitted content must be unique.

Use BBCode standard for the forum. A reference here.