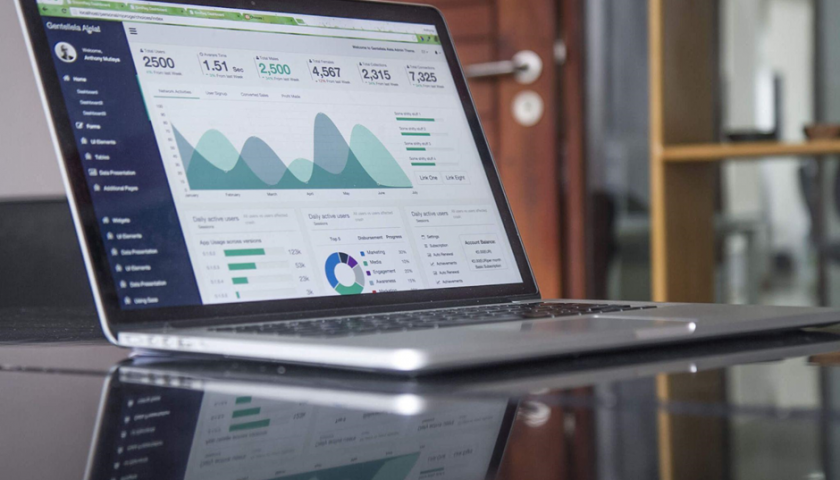 Owing to the capabilities of blockchain smart contracts, digital security tokens are not only effective in holding value, but can also be programmed to fulfill other tasks. With that in mind, what is the direction in which the market of digital securities can be expected to unfold?

The finance market is no longer held back by the physical limitation of paper ledgers and documents as means of keeping track of investments. The emergence of digital tools, like Excel Spreadsheets, introduced adaptability to the virtual realm. Combining that with blockchain technology, a new world of investment opportunities and trustless transactions opens up.

A digital security, native to the blockchain, is the new type of investment opportunity the financial market will most likely rely on in the near future.

What Are Digital Securities?

Digital security tokens are blockchain native assets complacent with financial laws and regulations. They can be created in the form of commodity, equity or bonds, just like traditional securities, but are rooted in the blockchain world instead of the physical one.

A digital security is neither a cryptocurrency nor an NFT, but a symbol of an underlying asset that claims on the future proceeds from the work of others. However, similar to most NFTs, the work was put in beforehand and as such, none is left to be done in the future.  As an example, a security token digital asset can be programmed, which allows for it to operate without the oversight of a human being. This can be done thanks to smart contracts.

Smart contracts are executed automatically on-chain and, therefore, are transparent in nature, considering that on-chain processes are immutable.

This technology, in other words, allows digital to merge with the physical world, making digital security offering even more enticing.

The issuance of a digital security is much easier than creating a traditional one in addition to the added benefits of the technology—transparency and accessibility. Without the burden of a manual system that traditional securities like equity shares entail, a digital security token is an investment opportunity native to the blockchain.

While security token digital assets still need to comply with SEC principles to be considered a security, they are able to do that without copious amounts of paperwork and certifications associated with traditional securities. But fortunately enough, those can also be introduced to the blockchain.

Traditional Securities Can Be Turned Into Digital Ones

Creating digital security tokens based on stock holdings might be the next step in the development process as the digital securities market shows promise in the upcoming years.

However, it is the transition from traditional securities to digital ones where innovation can reach a peak today, as it calls for an investment paradigm shift. To this, the creators of TurnCoin might be the ones fostering this next step in digital security development, with their revenue-sharing system embedded in such assets.

Revenue-Sharing: The Future of Digital Securities

Digital security offerings promise direct gain to the investor and can be considered an agent of change because of their revenue-sharing system. As traditional securities might appreciate in value over time and pay dividends to shareholders, the format that TurnCoin uses is an alternative way of making a profit for the investors.

TurnCoin is a revenue-sharing asset that is reliant on digital collectibles called VirtualStaX. The total of the gross revenue VirtualStax produces is automatically distributed to TurnCoin holders via the issuance of smart contracts.

Employing a smart contract abolishes the need for human intervention. This results in a lack of human error and waiting time, making digital security tokens a reliable and efficient revenue distribution source.

The revenue sharing system of TurnCoin powers VirtualStaX—digital collectibles (StaX) that can be created by anyone wanting to fund their dreams and careers by receiving support from people who recognize their talents.

As people are purchasing these digital collectibles, part of the income is distributed back to TurnCoin holders on a pro-rata basis. The remaining funds go straight to the issuer or creator of the StaX.

Anyone willing to share their talents in the form of these StaX, are choosing a different way of starting and moving forward in their careers. Thanks to initiatives like these, they don’t have to rely on agencies, sponsorships or government funding to make their dreams come true.

This not only enables them to get global support in their pursuits, but also fuels the TurnCoin revenue pool—and those who invest in it.

Digital sports trading cards, one of the many categories offered by VirtualStaX, can be sold and traded on TheXchange, a marketplace for VirtualStaX powered by TurnCoin. There, through processing fees,  all transactions yield a return for the investors in TurnCoin. Digital collectibles are not to be confused with digital securities.

What Is the Digital Security Future According to TurnCoin?

TurnCoin’s idea for the future of digital securities involves a complaint, revenue-sharing based ecosystem on blockchain technology that will entitle holders to a perpetual monthly yield of the 100% gross revenue the underlying asset generates. This means investors benefit from the gross revenue VirtualStaX makes.

The future of the digital securities market will allow for liquidity of assets. As even earlier potentially illiquid resources like human talent can be liquidized, the growth of the business and the constant support from investors can yield sustained returns well into the future.

Similar to TurnCoin, future assets will adopt membership programs that encourage others to explore innovative practices and take part in beta-tests of features that might or might not be included in the underlying product.

All of those features are some of the characteristics of future digital securities, which are already present in TurnCoin assets.

These digital security tokens are fuelled by human talent. It is an investment that yields returns based on the passion of people and the willingness of others to support their idols.

This asset shows a way in which people will be able to monetize their talent and personal performance, and allows for future bridging over physical borders and restrictions.

You must have at least 10 approved replies before you will be able to post a New Topic in the Forum.
Any submitted content must be unique.

Use BBCode standard for the forum. A reference here.